So.. Is anyone still alive?

Hello Peeps My name is Keith Sammut And I am your new author. I’m going to update you with epic stuff and probably even glitches !

If you want to know more about me, you can visit my website :

By The Way, my username in poptropica is “KeithSammut” 🙂

Benchow1 was the person that found out how to get the e.vile mask, game show island robot costumes, and a lot of other really rare accessories that are impossible to get for many glitchers around. (these are the items that originated from his account: e.vile mask, white robot face, zombie eyed bird mask, zombie eyes, ghost story island ghost man costume, police robot costume from game show island and samurai premium leader helmet.)

Benchow1 is back in the game !!!!! He is now the best upon others, he can revive and he will be the greatest

Hi everyone! HL here! Today Poptropica was talking about re-releasing Shrink Ray Island. Which is the code word for new SUI Island. Now it has a bigger screen and a all new soundtrack! Pretty cool huh? And the creators released two new costumes which are for members 😦 so I can’t get them yet. They released a Milk Box costume, and a Bottle Cap costume that look really cool! I really want them but they are for members only. I do like the spoon that the Milk Box costume is holding. I guess this is all for today. Bye guys! 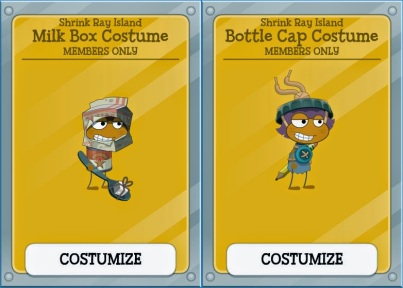 Hi everyone! I’m Happy Leopard but you can call me HL! Some of you might know me from my blog: Happy Leopard Poptropica Blog. I played Poptropica since I was in 2nd grade. I love collecting rares and glitches. I also play Transformice, and Minecraft. I post walkthroughs, glitches, and much much more! 😀 You can meet me on my chat http://www.xat.com/HLPB or on the PHC http://www.xat.com/thePHC I go to those chats often. I used to have membership but someone hacked me and canceled my membership. I guess this is the end of my first post! Thank you Riley for inviting me! Bye guys!

Hi everyone KG here and today you guys decide who is the rarest Poptropican!!

It was a epic party with a few guys! 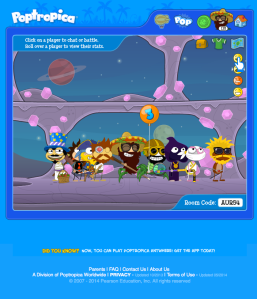 It became FULL! Heres one of it full

I don’t know how to do it. It just happened when i went to friends!

Great news for everyone!

Members get to play Survival:Escape which is episode 5!

if you are stuck on either islands,

EDIT:Whoops, my bad 😛 Poptropicon wasn’t out. Couldn’t check as I was at my friends house and he had no PC

The Guys Who Help You Out!

How many Poptropicans have viewed. Thanks everyone

Author Of the Month